I think runners and mountain bikers, correctly, worry about problems with excessive bleeding while on anticoagulants because we are certainly at increased risk of falls or of being hit by a car, and many have hesitated to transition from warfarin (Coumadin) because of the lack of a reliable reversal agent. 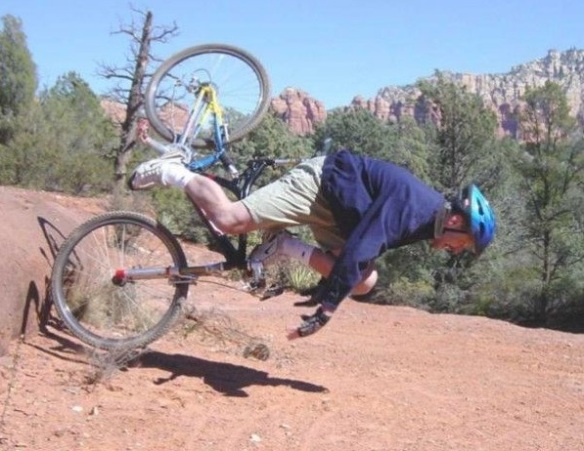 Andexxa acts as a decoy molecule and essentially binds to the drug preventing it from interacting with clotting factors.

According to drugs.com “In the U.S. alone in 2016, there were approximately 117,000 hospital admissions attributable to Factor Xa inhibitor-related bleeding and nearly 2,000 bleeding-related deaths per month.”

Andexxa has been approved but as the writing of this blog post (May 23, 2018) it is not yet available. It exists, but you can’t get it!

I called one of the pharmacists at our hospital (Sky Lakes Medical Center) and asked if it was going to be readily available at our hospital – that’s when I discovered that it wasn’t yet being distributed – but she told me that our hospital plans to have it in stock and available for use.

She also said that once Andexxa is actually available our hospital would then develop guidelines for usage of the new drug. These have not yet been declared but she expects that it will be similar for guidelines pertaining to the reversal agents for Pradaxa and warfarin which are 1.) Patients with serious, life threatening bleeding and 2.) Patients who need emergency surgery.

I think that means that people having elective surgery (like a knee replacement) will not be eligible and will have to taper off their anticoagulant and bridge with Lovenox, just like they do now. I imagine that emergency surgery refers to surgery that is necessary to save your life, not necessarily surgeries like fracture repair, where it would be possible to wait a few days.

As far as my personal experience – I take warfarin and don’t intend to change. I had taken Pradaxa for several years and was very happy with it until I had a mini-stroke and a trans-esophageal echocardiogram revealed that I had a blood clot in my left atrium.

The next big question, of course, is how much will Andexxa cost? I have no idea and I can’t find any information about cost – but I’m guessing it will be really expensive. But then again – people who are anti coagulated and have life threatening bleeding or need emergency life-saving surgery can just go ahead and get Andexxa and worry about how to pay for it later.

Any comments are appreciated! Thanks for reading.