I was under the impression that atrial fibrillation had not actually affected my pace that much, and that my slowing down was primarily a consequence of normal aging. I am fifty-three years old now and certainly can’t run at the same pace that I was able to when I was forty. One of my friends, who is approximately the same age as me, and also an endurance athlete, says that “every year is like a dog year now as far as performance is concerned.” In other words, for every year you get older you get seven years slower. 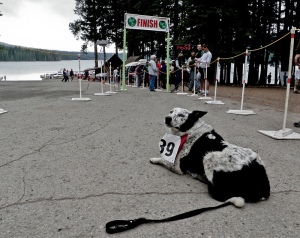 Every Year is Definitely a Dog Year for Ringo

I have always been a Clydesdale runner and at over 6’3″ in height I have spent the last ten years around 235 pounds. I decided when I went into persistent atrial fibrillation that it was finally time to lose the extra weight and have successfully kept my weight around 195 pounds for the past year primarily by means of a vegetarian/pretty much vegan diet. Conventional wisdom states that if you lose 10 pounds you get approximately 30 seconds per mile faster as far as your running pace is concerned. So I figured a 40 pound weight loss combined with persistent atrial fibrillation would mean more or less breaking even as far as pace is concerned.

I discovered that this is certainly not the case.

Video of a Man (not me) Being Cardioverted 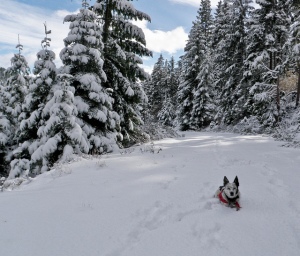 Being in sinus rhythm, by the way, was sort of uncomfortable for me. I am more or less asymptomatic when I am in atrial fibrillation as far as how I actually feel, but my sinus rhythm sucks. If I feel my pulse, while in atrial fibrillation, obviously, I can feel that it is irregular, but I don’t feel all that bad except that certain times – such as getting up to run across room to answer the phone, or right after I get done with a run. (More on that later.) But when I went into sinus rhythm I realized that my sinus rhythm really isn’t that great to begin with – I was having PVCs or PACs about every fifth or sixth beat, and these are noticeably uncomfortable.