While at my previous job, at Klamath Family Practice Center, I always had easy access to an EKG. Just for the record, remember that I am a podiatrist, not a family practice physician, but if I wanted to have an EKG done I would just have a tech do one on me. I have had a fairly long history of arrhythmias, including PACs, PVCs, and even runs of paroxysmal supraventricular tachycardia. But one day when I returned from a 20 mile trail run I was in a particularly persistent arrhythmia and I wondered if it was atrial fibrillation. I had the tech do an EKG and my suspicions were confirmed.

At that point I walked down the hall and went to see my primary care doctor, who is also one of my coworkers, and she recommended Pradaxa, gave me some samples, and made an appointment for me to see my local cardiologist, Dr. Dale McDowell. 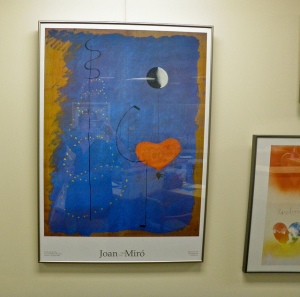 Dr. McDowell, with whom I have been a patient for the past twenty years, then examined me, did a stress EKG, told me to continue with the Pradaxa, and advised that I should see an electrophysiologist for consultation.

We have several cardiologists in Klamath Falls, all of whom are excellent, but we don’t have any electrophysiologists. An electrophysiologist is a subspecialty cardiologist who focuses on arrhythmias, and are the ones who performed the ablations, install pacemakers and defibrillators, and so on. I think their most common patient is probably people like me who have atrial fibrillation.

I had an appointment with David Martin, MD of Southern Oregon Cardiology and I will admit that I was extremely nervous about this appointment, because I was afraid that he would tell me I had to quit running and quit mountain biking. Or at the very least he would tell me to quit running marathons and start running 5Ks. I was also afraid that he was going to put me on a performance killing medication such as a beta blocker, or worse, recommend and ablation procedure which could be quite an ordeal.

Like other endurance athletes I often have to deal with people that really don’t understand what it is that we do, and why we do it. That’s one thing if it’s a relative, friend, or an acquaintance – but when it is somebody who is going to formulate a treatment plan that is going to affect the rest of your life, it can be a scary proposition.

So when I did a Google search on Dr. Martin I honestly wasn’t very interested in where he graduated from, or what he did during his fellowship – I just wanted to try to figure out if he was a runner, bicyclists, or a triathlete. The little blurb about him and the Southern Oregon Cardiology website didn’t mention anything one way or the other, but in his photograph he appeared to be a thin man, and I found that to be encouraging.

I think I even searched local race results looking for his name to no avail.

When I called to make an appointment I asked the receptionist, “Is this guy a runner, or anything like that?” She said that she had no idea.

It took a while before I can get an appointment and in the meantime I had a question. I had spent four or five months training to run an ultramarathon, the Bighorn Mountain Wild and Scenic Trail Run 50K in Wyoming. Even after I was diagnosed with atrial fibrillation I continue to train for this race, which was to be my first 50K. I was getting mixed messages from people as to whether or not I should run it. My primary care physician, who is an ultra runner and has completed a couple of hundred mile races, and who happened to be signed up to run the 50 mile event at the same race, told me to run it. She said it would just take me a little longer – no problem. A friend of mine, with whom I was going to run the race and was also running his first ever 50K, and is a family practice physician in Wyoming, told me to quit complaining and get on the plane to Wyoming for the race. My cardiologist in Klamath Falls, Dr. McDowell, advised me to quit running marathons and not to consider running an ultramarathon. I have a cousin in Chicago who is an electrophysiologist/caridologist and I spoke with him on the phone – he runs marathons and his wife runs ultramarathons. He said I should run it. Another acquaintance, who is a cardiac surgeon, but have never actually examined me, said he thought it might be safe for me to run the 50K, but advised me that it is important that I agreed with my cardiologist (good advice).

If you’re keeping track, so far that is four doctors that said go ahead and run it, and one doctor, who happens to be my cardiologist, and has the biggest vote, that said not to run it. I decided to call Dr. Martin (the electrophysiologist), who would be the tiebreaker, even though I hadn’t been seen by him yet, and ask him about running that 50K. 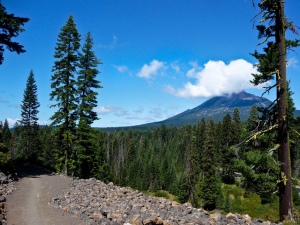 I was able to get a message to him through his nurse, and then she called me back and said I shouldn’t run it. So I didn’t run it.

This is unfortunate because I had already paid for it, but when I contacted the race director she told me I would be unable to get a refund, or even a credit for next year’s event. Also, I had already bought an airline ticket Wyoming which is more expensive than you might imagine. I was able to get a partial credit for this.

I didn’t want to waste all that training so I decided to run a marathon that weekend. I found a nearby marathon in Vancouver Washington and ran that while in persistent atrial fibrillation. It was slow, but I survived, and that’s another blog article altogether.

When I finally got in to see Dr. Martin he examined me, looked over all the EKG’s, the stress test, the chart notes from Dr. McDowell, and the lab work and spent quite a bit of time talking with me.

I’m glad that my wife came along because she wouldn’t believe me if I came home and told her that he told me, “Keep exercising like you don’t have atrial fibrillation.” He then went on to tell me, “in the future you may want to consider some moderation as far as your exercises concerned.”

That seems reasonable enough. In fact I was delighted.

The next thing he said was kind of funny. He said, “People like you are a type – ultra marathoners, triathletes, Ironman competitors . . . and you can be pretty hard on your bodies.”

In addition to clearing me to continue with my running, he advised that I did not need to take an antiarrhythmic, which probably would not be very helpful in my specific case, and didn’t recommend a rate control drug at this point in time. Furthermore, he advised me that he thought I had a low likelihood of having a successful ablation procedure given the severe hypertrophy of my left atrium and the fact that the atrial fibrillation was persistent.

He did recommend that I try cardioversion with a “one strike and you’re out” policy – that is to say it probably would not be any type of permanent solution, but it is certainly worth trying at least once. That seems perfectly reasonable to me and I went back to Dr. McDowell for the cardioversion, and was in sinus rhythm for a total of thirty-three days.

I was so pleased with my visit to see the electrophysiologist, Dr. Martin, that I wrote him a letter afterward thanking him. I hadn’t really expected that kind of empathy.

I would be interested in hearing from other endurance athletes with respect to their medical care, and how they perceived the way they were treated by their cardiologists and electrophysiologists. Please feel free to leave a comment.

36 thoughts on “Atrial Fibrillation – A Visit to the Electrophysiologist”