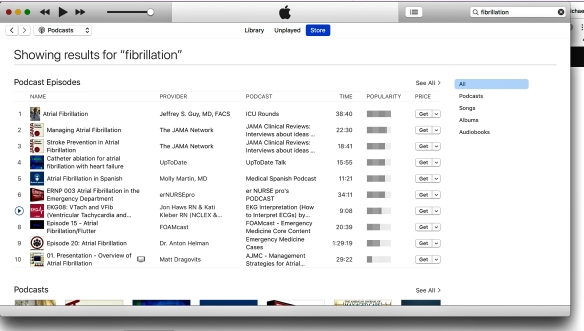 For many years I’ve been running with an iPod and truly enjoy listening to music while running – I wrote about it in a previous entry about Runner’s High – nothing like some nice stoner music to listen to while you’re high on life, right?

I realize that listening to music while running is controversial for many people; but I am an unabashed YES when it comes to running and music. Because I live in rural, mountainous Southern Oregon I do 95% of my running on trails of one sort or another – and yeah, yeah – bears, mountain lions, dogs – I get it – but I’m not changing anything. I’ve been running with music ever since my first Walkman cassette player in 1984!

Even worse – I’m Mr Bad Example and ride my bike with an iPod going, and again 95% trails but still not really a good idea.

Lately, with my atrial fibrillation requiring more and more medication to control (the high dose of the beta blocker carvedilol really takes the wind out of my sails), I am doing more hiking and less running – but still with an iPod.

Since “runner’s high” is a rare event with hiking compared to running I’ve been listening to more podcasts than music playlists. Podcasts are sort of like radio shows, either professional or homemade, that can be downloaded from the iTunes store and elsewhere, in MP3 format to be listened to using an iPod, smartphone, or even on your computer. They are mostly free, but many have commercials, and there are a few podcasts that cost money.

There are millions of them. Over the past couple of years here are the ones I’ve found most entertaining:

All of these recommendations are unrelated to atrial fibrillation 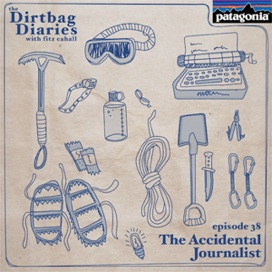 Dirtbag Diaries – a “dirtbag” is something along the lines of a Yosemite rock climber who lives in his or her car and lives for climbing. The term has a broader application and this excellent podcasts primarily deals with outdoor adventure, mostly done econo!

Outside Podcast – if you like Outside magazine you’ll like the podcast – the Science of Survival episodes are particularly great.

Dan Carlin’s Hardcore History – probably my favorite podcast ever – fascinating and detailed episodes about various historic eras like World War I, Genghis Khan, the Roman Empire, etc. The episodes are long – like four or five hours long – and never boring. The narrator reminds me of Steve Dahl (only other Chicago natives will know who that is) merged with a historian who loves guy movies. Okay – if that doesn’t make sense just try an episode or two – it’s a great show.

Revisionist History – a Malcolm Gladwell podcast – very thoughtful and as with all his work always an amazing twist near the end.

I think most people who listen to podcasts have already listened to Serial, Dirty John, and S Town. If not, what are you waiting for? They are among the best ones out there.

But what about podcasts specifically about atrial fibrillation? It seems like any topic, no matter how esoteric, has a number of podcasts. If you don’t believe me do an iTunes store podcast search for your hobby, your favorite TV show, favorite band – and you’ll see what I mean.

If you know of any atrial fibrillation podcasts, or if you just want to discuss podcasts in general, please comment. Thanks for reading.