Is distance running therapeutic? Is mountain biking addictive? Is there such thing as a good addiction? If my atrial fibrillation worsens and I could no longer do long runs or bike rides – how hard would it be to kick the habit?

Today in the hospital lounge, while I was eating some potato chips, somebody was telling me how bad potato chips are for me. Whatever – I have given up almost everything in the world that is bad for me. I haven’t drank alcohol in several years, haven’t smoked a cigarette in decades, gave up meat and eggs a couple of years ago, I’m almost dairy free, and I haven’t taken recreational drugs since high school in the seventies. Potato chips, which I feel are good enough to be “worth it,” are about it for me. Well, that and diet soda, which is also an unhealthy habit that I have.

But what about “runner’s high?” Is that my addiction?

And what exactly is runner’s high? Does it even exist? I’ve been hearing about it for a long time, even before I started running in the early 80s.

Allegedly the athlete’s brain is “flooded with endorphins, more powerful than any street drugs!”

Many distance runners claim to experience euphoria during or after running, and some claim they’ve never had it happen – not even once.

The endorphin theory is the oldest, but more recently I’ve read about how endocannabinoids (naturally occurring neurochemicals related, in a way, to the active ingredient in cannabis) might be the cause of runner’s high.

Another article I recently read attributes runner’s high to “dopamine, serotonin, and endorphins.”

Whatever the cause, it certainly appears to be real. 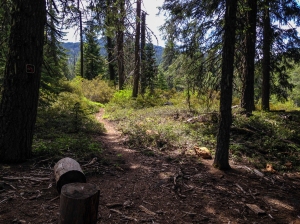 Ultrarunner Dean Karnazes describes the role that running has in his life: “Some seek the comfort of their therapist’s office, other head to the corner pub and dive into a pint, but I chose running as my therapy”

“I’m convinced that a lot of people run ultramarathons for the same reason they take mood-altering drugs. I don’t mean to minimize the gifts of friendship, achievement, and closeness to nature that I’ve received in my running carer. But the longer and farther I ran, the more I realized that what I was often chasing was a state of mind – a place where worries that seemed monumental melted away, where the beauty and timelessness of the universe, of the present moment, came into sharp focus.”
― Scott Jurek, Eat and Run: My Unlikely Journey to Ultramarathon Greatness

Actually, a recent New York Times article states that on good experimental evidence it has been finally determined that exercise does indeed produce a flood of endorphins in the brain. Lucky us!

Researchers in Germany, using advances in neuroscience, report in the current issue of the journal Cerebral Cortex that the folk belief is true: Running does elicit a flood of endorphins in the brain. The endorphins are associated with mood changes, and the more endorphins a runner’s body pumps out, the greater the effect.

I won’t review the article here, but please read it – an elegant experiment, and solid conclusions.

But irrespective of the cause, what is runner’s high and what does it mean to endurance athletes? Can a person become addicted to it?

Personally I feel that the term runner’s “high” is a misnomer. I would describe it better as an altered state of consciousness rather than a high. Maybe I’m splitting hairs but I have never felt intoxicated by endurance sports.

Euphoria might even be too strong of a term – but maybe not. There are times during and after running when everything appears exceptionally crisp and beautiful. That’s why I love trail running, in Oregon, in the wilderness – does that happen to people in health clubs running on treadmills? 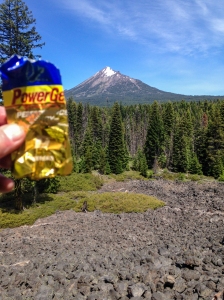 After an hour or so even carb gels seem remarkably delicious!

Also – music becomes intensely enjoyable. I do run with an iPod and sometimes I feel I am going back to the days back in high school when I smoked pot and would listen, chemically enhanced, to suddenly amazing music on headphones. Except now instead of sitting in a darkened basement I’m moving through the woods. It’s funny – a lot of the music that, for me, is most enjoyable on long runs, is the same type of music that I believe would be most enjoyable to a person who is stoned. Sometimes a song sounds so good I’ll repeat play a song two or three times.

But another reason I don’t like the title “runner’s high” is it isn’t all euphoria, beauty, and music joy. I think the exercise induced altered state of consciousness can involve a certain amount of emotional lability. Here’s an example: once I was on a twenty mile trail run, and at mile sixteen an old song I hadn’t heard in years, Careful With That Axe, Eugene, started playing in my random shuffle. This very early, nine minute long Pink Floyd song is sort of a novelty song; a one chord song that slowly builds on a rising and falling bass line with a mellow organ playing over it. At one point a whispering voice says, “Careful with that axe, Eu-zhene.” And then there is this horrific screaming and dissonant guitar, and finally it evolves back to the mellow bass and organ. Back when I was in high school, if we had somebody over who had never heard the song before, we’d put it on and turn down the lights, and of course when the screaming began it would scare the crap out of the first time listener, and we’d all have a good laugh.

Well I knew all about what was going to happen during that song and wondered if I would start laughing when the “axe” section came up. Imagine my surprise when I burst into blubbering tears when the screaming began. I should state that this was shortly after my ex-wife (with whom I was still friendly) and her family had died in a horrible house fire – but honestly I wasn’t even thinking about that until the screaming in the song. I know I wouldn’t have been anywhere near that emotional if I hadn’t just put in sixteen hilly trail miles.

Other times while running something will strike me as funny I will begin laughing giddily – out there all by myself, or in the back of the pack at a marathon. Or an angry song will play and I’ll feel, like, GRRRRRRR!, become angry – quite a catharsis. 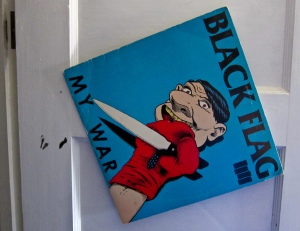 A CAGE questionnaire is commonly used to assess alcoholism.

Try applying it to your running:

Well – I can honestly say I’ve never felt guilty about my running, but the rest of those questions, well . . . .

And I can state for the record that with my atrial fibrillation, and the likely progression of my a fib, including my upcoming need to be on a beta-blocker, I have been dreading the day when I am no longer able to run. Very depressing. 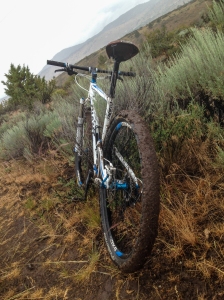 Aside from that I have a theory. I think it is obvious that not everybody will experience anything like a runner’s high. Clearly many people hate the way running makes them feel, and they are the people who think distance runners are completely nuts. And why wouldn’t they? Based on the time they ran two miles and felt nothing but fatigue and pain, and interpolating that up to, say, thirty-one miles, their obvious conclusion would be “WTF?” to use the parlance of our times. 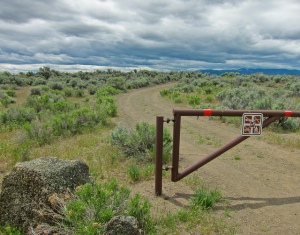 But as for myself, and I’m guessing most of the people who would be interested in this blog, the so-called runners high can be generally considered to be a gift.

Diversion: How to talk to your children about distance running: