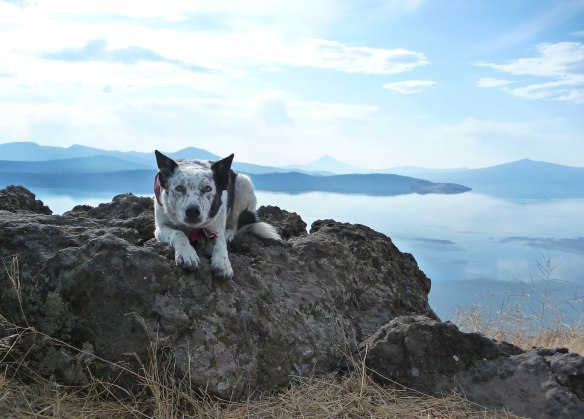 Anybody who has been reading this blog has noticed my little trail dog Ringo in the photos that accompany my articles. He died a couple of weeks ago after he ate a piece of a dog toy, had a bowel obstruction, and developed peritonitis. There was a lot of care, medications, and even a couple of surgeries; but in the end Ringo didn’t make it.

This was surprising because he had always been so tough. He could run twenty miles and still want to play fetch when he got home. This is the guy who pushed through some blinds, pushed open a screen, and leapt out of a second floor window to play fetch with one of his dog friends, and didn’t even so much as limp afterwards.

His last week and a half was his living hell; but the previous eight years were wonderful. When Margo & I rescued him he was a two year old “cowardly cowdog,” fired from three ranches in Lake County, Oregon for being afraid of cows, and being too friendly to be a watchdog – but he found his confidence as my trail buddy. We put in well over a thousand trail miles per year – running, cross country skiing, hiking, and mountain biking; not to mention going everywhere in the truck with me, coming to work with me at KFPC, and even coming with me when I took out the garbage. We are happy for you – your suffering is over – you are fine now. Margo and I will miss you for the rest of our lives. Rest in Peace, Ringo Dingo. 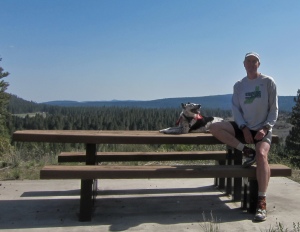 We do have a new rescue dog, a kind, affectionate four year old border collie we call Joey, and I think he will make a fine trail buddy.